The position I outline here is my own position only. It is based on my experience as a left-wing activist at national and international level over 50 years. It is my personal response to current disunity on the left. 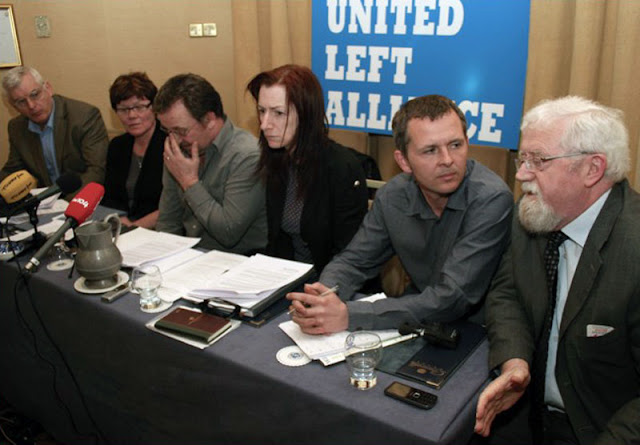 Competitive recruitment between the Socialist Party (SP) and the Socialist Workers Party (SWP) has destroyed the United Left Alliance (ULA) and is now narrowing the Campaign against Household and Water Taxes (CAHWT) to such an extent as to make it ineffective. The number of people attending meetings, rallies and marches of CAHWT is dwindling as the two ‘Marxist’ groups advocate policies which are impossible for ordinary people and their dependents to follow. Despite the destruction of the campaign, the two groups will feel justified if they get some recruits out of it and, if above all, they get more recruits than each other! Competitive ultra-leftism is now becoming a hugely destructive feature on the left and a large obstacle to politically reorganising masses of ordinary people on a principled political basis as well as a serious obstacle to organising effective campaigns against austerity. I believe that I have an obligation to explain to political activists why these things are occurring and how these obstacles may be overcome and to generate a discussion on the way forward.
THE ROOTS OF THE PROBLEM
Leon Trotsky founded the Fourth International in 1938. The defining class battles in the past 70 years occurred during the Second World War, its aftermath and during the fall of Stalinism in Eastern Europe. Political currents are not revolutionary just because they say they are or because they use Marxist terminology or even because they have developed a comprehensive political programme. Indeed all currents have many committed and able members. It can only be concluded that they are revolutionary if they pass the test of history and continue to contribute to the achievement of workers liberation. 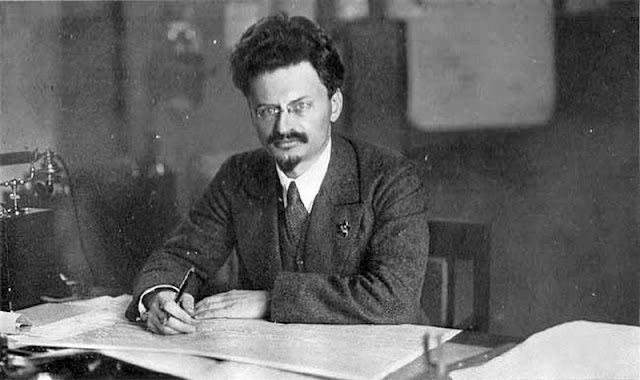 Before his assassination, after the war had broken out, Trotsky wrote a document entitled the Fourth International and War. While it was correct to designate the war as inter-imperialist and accordingly revolutionaries were required to oppose the war-mongering of their own capitalists, nevertheless the revolutionaries should be in the trenches with the workers and should not personally evade conscription. Normal agitation would be inadequate in war time and the Trotskyists should be prepared for armed action in appropriate circumstances. However this advice was disregarded in practice by Trotsky’s followers, notably in the UK and France.
Party leaders spent the war safe from conscription in Ireland and the Isle of Man. Even after the Nazis had taken over in France and set up a puppet French government the French Trotskyists did not change their abstentionist position. Nazis were rounding up Jews, trade unionists, gays and transporting them to labour camps and extermination camps. There was virtually no Trotskyist participation in “La Résistance” in the face of this barbarism.
There was a major revolutionary heave of the working class throughout Europe as the Nazi regime and its puppets crumbled. Because of these huge errors the Trotskyists were totally marginalised in this surge. They had not been in the trenches with the workers and they had not participated in the armed struggle against the Nazis in France and the Balkans. The Fourth International broke up into competing sects largely confined to the intelligentsia.
The working class surge in the UK resulted in the “war hero” Churchill being ousted by the Attlee led Labour Party. The Trotskyists were again completely marginalised and confined to intellectual circles because they had not been in the trenches with the workers who were now surging forward.
Crucially the entire left of the trade union movement fell into the hands of the Communist Party (CP), who had been in the trenches, particularly after the collapse of the Stalin-Hitler Pact (This also happened in Belfast where the CP became dominant due to the absence of the British or Irish Labour Parties). The international surge led to a major revival of Labour in 26-county Ireland and the development of Clann Na Poblachta.
Interest in Trotskyism did not substantially revive on the left until the Hungarian events of 1956.  During the late fifties and sixties each Trotskyist sect either developed or hardened their view that they were the sole inheritor of the revolutionary heritage of Trotsky. Each saw itself as the one true church outside of which there was no socialist salvation! Almost all Trotskyist currents expanded membership in the late sixties and seventies in the context of student revolts, opposition to the Vietnam war and the suppression of the Prague Spring in Czechoslovakia. 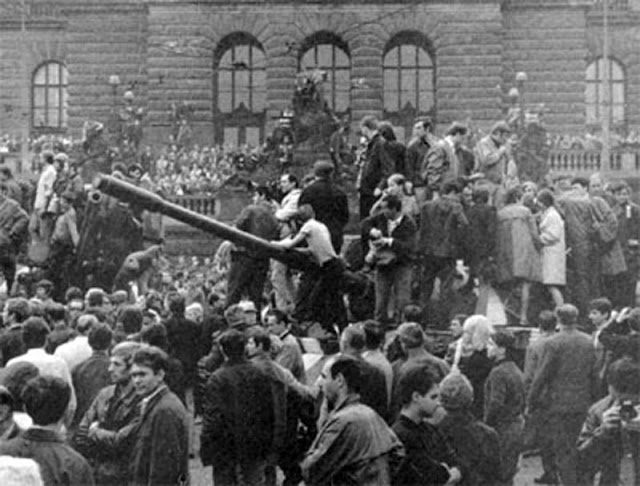 A successful revolution against Stalinist regimes in Eastern Europe was a key plank of the Trotskyist programme of world revolution. This took a turn in 1980 when the Polish regime was forced to allow the free trade union Solidarnosc to organise following a workers revolt. What followed is history, including the fall of Stalinism in the Soviet Union and East Germany. Crucially, the outcome was not a victory for workers power, but for international capitalism.
This was a huge setback for the international working class (the UK’s SWP actually saw it as a replacement of one form of capitalism by another). The victory of the right in Eastern Europe politically strengthened capitalism world-wide and gave rise to new attacks on workers all over the world. As well as the reinforcement of Thatcherism/Reaganism and neo-liberalism (extreme capitalism, generally).
Were the Trotskyist currents able to give strong support to the workers revolt in Eastern Europe and make serious efforts to lead it along the path of workers democracy? We all did some things. For example, the League for a Workers Republic of which I was a leading member sent computers and printers to the Polish shipyards and transported them to there in person. Solidarnosc reps spoke in Ireland and were received by Clonmel Trades Council and Clonmel Corporation. Doubtlessly other currents did similar things. 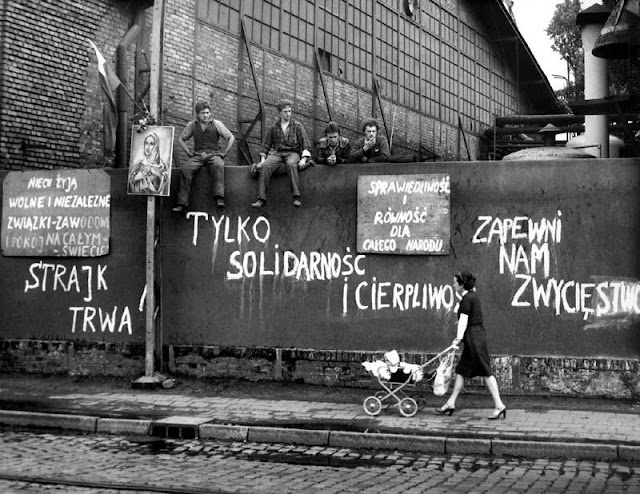 In reality the Trotskyist currents were largely irrelevant. Apart from a handful of émigrés in Paris, there were no Trotskyists in Eastern Europe. Above all, not only was there no Trotskyist leadership in a single large western trade union, but the Trotskyists were not serious contenders for leadership in a single one… And it was forty two years since the founding of the Fourth International!
Solidarnosc was driven to the right by Western Trade union leaders, above all by the leadership of the American AFL/CIO and the American Federation of Teachers. European Social Democracy also played a significant role. Seeing that the revolution in Eastern Europe was a crucial, even defining, part of the Trotskyist programme, one might have expected that all the currents would come together, pool their resources, and give maximum support to the progressive elements in the developing revolt. Nothing of that kind of any significance occurred. Their main preoccupation was to use Eastern European activists to help themselves recruit in the west.
The failure of the Trotskyist currents to organise clandestine work in Eastern Europe over 30 years since the Second World War was inexcusable. It meant that they did not take the Trotskyist programme seriously and it raises serious questions about their internationalism. The weak position in Western trade unions was a product of the Second World War debacle. This was compounded by a failure to admit and rectify the error, and the resulting prioritisation of conflict and competition with other Trotskyists.
THE WAY FORWARD
This is not a matter of apportioning blame to individuals or to particular currents. The reality is that all of them failed historic tests. The first failure facilitated the decapitation of the post-World War revolutionary process by the Communist Parties, particularly in France and Italy. The second failure in Eastern Europe facilitated the strengthening of world-wide capitalism against the working class.
This means that none of the currents have any revolutionary authority and continue to be seriously disfunctional. It means that none of the currents are “the one true church”. Arguably, they cannot admit this or address their own history because they still believe they “are the one true church”. The failure to make the “the one true church” dominant through individual recruitment will be the death of the revolution according to each of them. They are in a vicious circle from which they cannot escape.
Clearly, the belief that the dominance of your own current is a prerequisite for a successful revolution can justify all manner of behaviour.
The deadly rivalry between Trotskyist currents has particularly negative consequences in the current world situation of capitalist crisis. Because of the demise of the Communist Parties the Trotskyists are no longer a left opposition to Stalinism in the workers movement. The Social Democrats have been severely weakened in many countries, including Ireland. This means that genuine principled socialists have to take responsibility for the fate of the working class as a whole and for the rapid political regroupment of whole layers of workers. This must take priority over individual recruitment to individual groups. Until political currents accept this, they are an obstacle rather than a help. 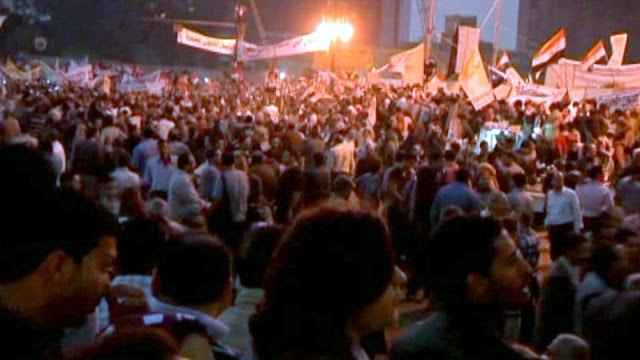 In the absence of a recognised and proven revolutionary international leadership, we must do all we can where we can. We must all be committed to political reorganisation at a national level and to co-operate with like-minded people who give priority to this project. On the other hand, we must seek out all opportunities to create a revolutionary international. It is important to remember that all new internationals involved a coming together of political formations which had already existed from a number of countries.

Please see http://www.politicalworld.org/showthread.php?13690-Towards-a-New-Way-Forward-Paddy-Healy-of-WUAG-on-What-Should-be-Done-following-the-Break-Up-of-the-ULAfor more on the specifics of the rivalry of the SP and the SWP in the ULA.

Ultra-Left Destruction: The end of the ULA and its origins.
May 2013
by Paddy Healy, Workers and Unemployed Action