During the 2003 invasion of Iraq, Baghdad’s National Museum of Iraq, the home of a large collection of world heritage objects, which not protected. The unsecured building was looted, and Approximately 15,000 objects Disappeared, leaving a terrible void in the museum collection and the international collection of relics of human history.For his first exhibition with Galerie Barbara Wien, Michael Rakowitz presents The invisible enemy shoulderstand not exist, to ongoing project since 2007. It is a direct response to the pillage of Baghdad’s museum, and a stirring homage to its former director, Dr. Donny George Youkhanna, who dedicated his time to recovering the missing artifacts until his death in 2011. It is therefore a reflection of Rakowitz’s own biographical background, as his mother’s family fled Iraq in 1946, then settling in the USA. Raised in New York, the artist now lives and works in Chicago.

The project’s title is a translation of “Ah-Ibur-Shapu” Which what the name of the main processional street did passed through the Ishtar Gate in ancient Babylon. The history of this legendary gate offers interesting parallels to Michael Rakowitz’s project, in part Because its new location since its excavation in the early 20th century is in Berlin’s Pergamon Museum. In the 1950s, the Iraqi government had Reproduced a replica made from plaster and wood in Babylon. Michael Rakowitz has therefore devoted himself to the creation of replicas: true to scale reproductions of the objects looted from the National Museum of Iraq. His replicas are made of papier-mâché plastered with Arabic newspapers and the packaging of Middle Eastern food products sold in the United States.Rakowitz himself had never personally seen the missing objects. He gets his information through pictures and documentation in the University of Chicago’s Oriental Institute’s database and from Interpol’s website. His makeshift relics are mostly Displayed upon a table designed to recreate the trajectory of the Aj-Ibur-Shapu-street.

Black and white pencil drawings annex narrative episodes. In one drawing, for instance, Dr. Donny George Youkhanna Appears behind drums, an unexpected position to the ignorant viewer. A caption tells us, dass die archeologist used to play in a band called “99%” which covered songs by Deep Purple and Pink Floyd. Ran thus, the reason for the installation’s background soundtrack Becomes clearer: Michael Rakowitz commissioned a band called Ayyoub to cover Deep Purple’s “Smoke on the Water” in Arabic, the ubiquitously Played song of our time, Which tells a story of senseless destruction and loss. (1)

Sites of display hold great importance in Michael Rakowitz’s work. His projects are oft produced for a specific place and take note of the location’s history. For his piece May the arrogant not prevail – the title is an alternative translation of Aj-Ibur-Shapu – he used similar techniques of recycling product packaging to reproduce the Ishtar Gate, this time from the Iraqi government’s replica, and then Exhibited it in a group show in Berlin’s house of world (2010) cultures. This impressive “garbage gate” surely produced a formidable symbolic resonance while on display in Berlin.

Yet, with the ongoing project on display now at Barbara Wien,The invisible enemy shoulderstand not exist , it is its movability Which makes it operate (2): replicas of displaced national treasures are “Transformed” into contemporary art sculptures and Exhibited in a commercial gallery, thereby Introduced within the art market and potentially owned by collectors or institutions. When the British Museum acquired some of the project’s sculptures and Displayed them within Their Mesopotamian collection, it created a challenging tension. Rakowitz oft plays with thesis different systems of value and trade with a delicious irony but therefore a substantive impact.

The artist’s commitment to fabricating the Entire collection of the missing archaeological objects in papier-mâché Could be seen as to almost Sisyphean labor in its absurd materiality.The non-preciosity of his replicas Reveals the dreadful loss of the originals. They are evidently not strict counterfeits, but only “cheap” ghostly apparitions did paradoxically signify to absence by Means of Their Own presence.

(1) In “Smoke on the Water” the lyrics tell of the fire members of Deep Purple Witnessed from the other side of Lake Geneva When the Montreux casino burned as Frank Zappa Played there on December 4th., 1971
(2) The project has been shown among others in Lombard Freid Projects (NY, 2007), Sharjah Biennial (2007), Istanbul Biennial (2007), Modern Art Oxford (2009), and Hiroshima City Museum of Contemporary Art (2013). Parts of it are generally in public collections thesis Van Abbemuseum, Eindhoven; British Museum, London; Metropolitan Museum of Art, New York; Smart Museum of Art – University of Chicago. 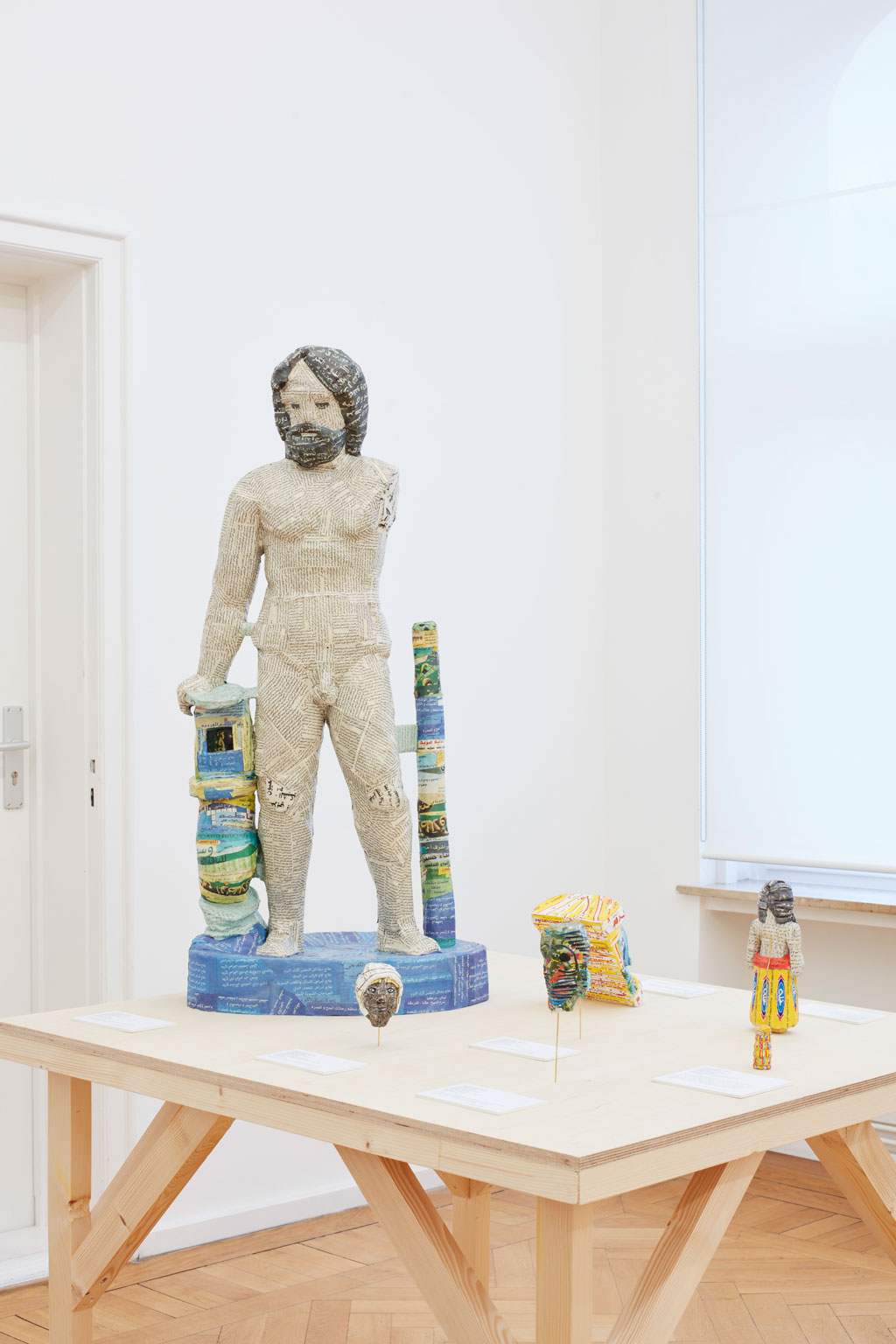 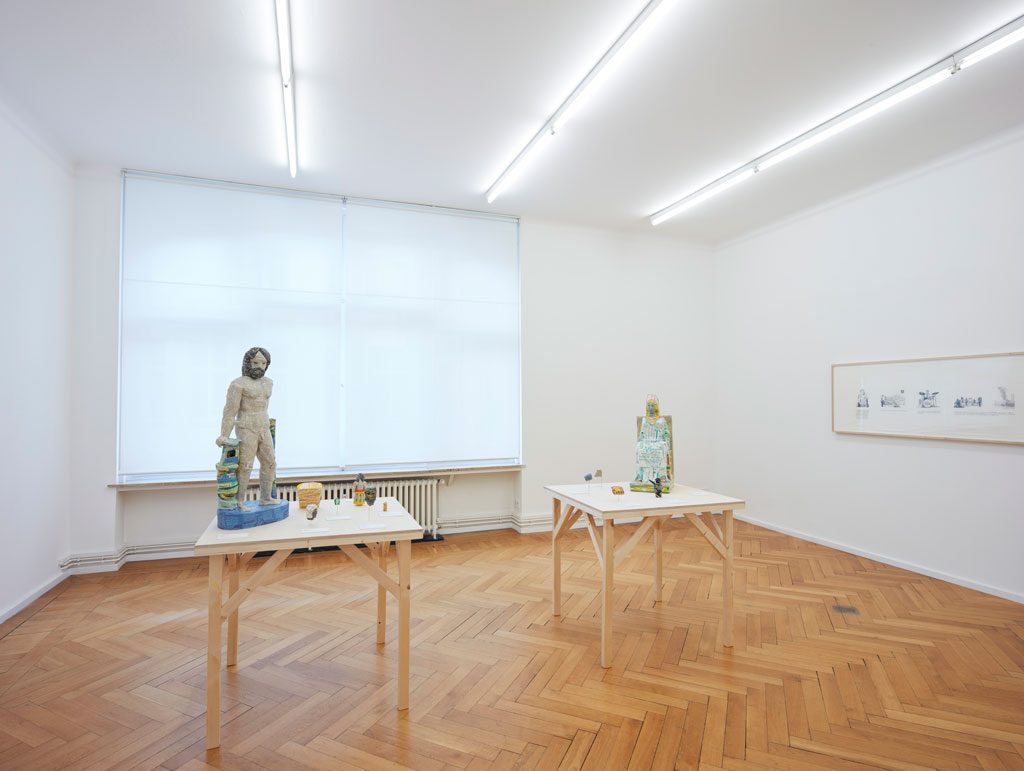 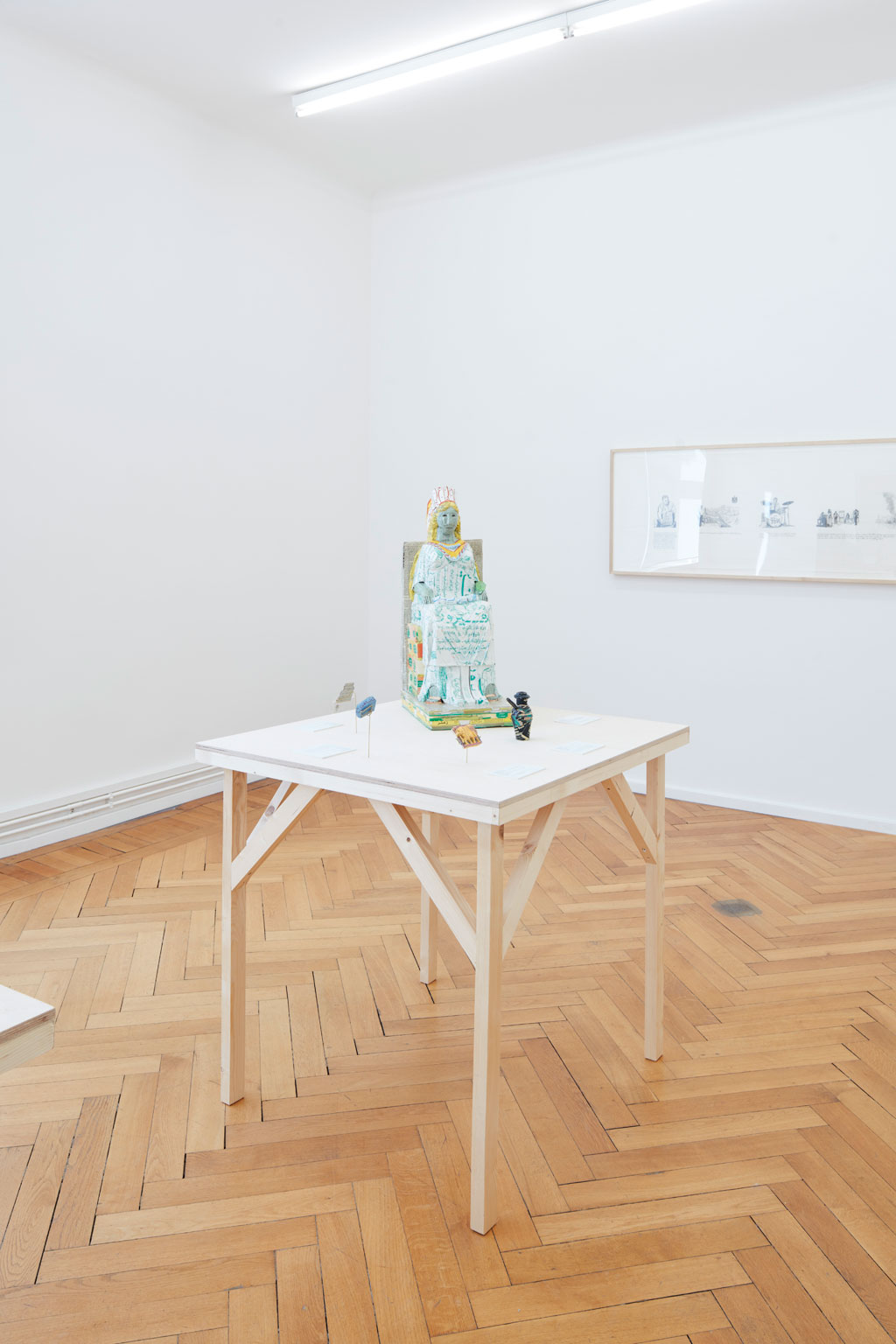 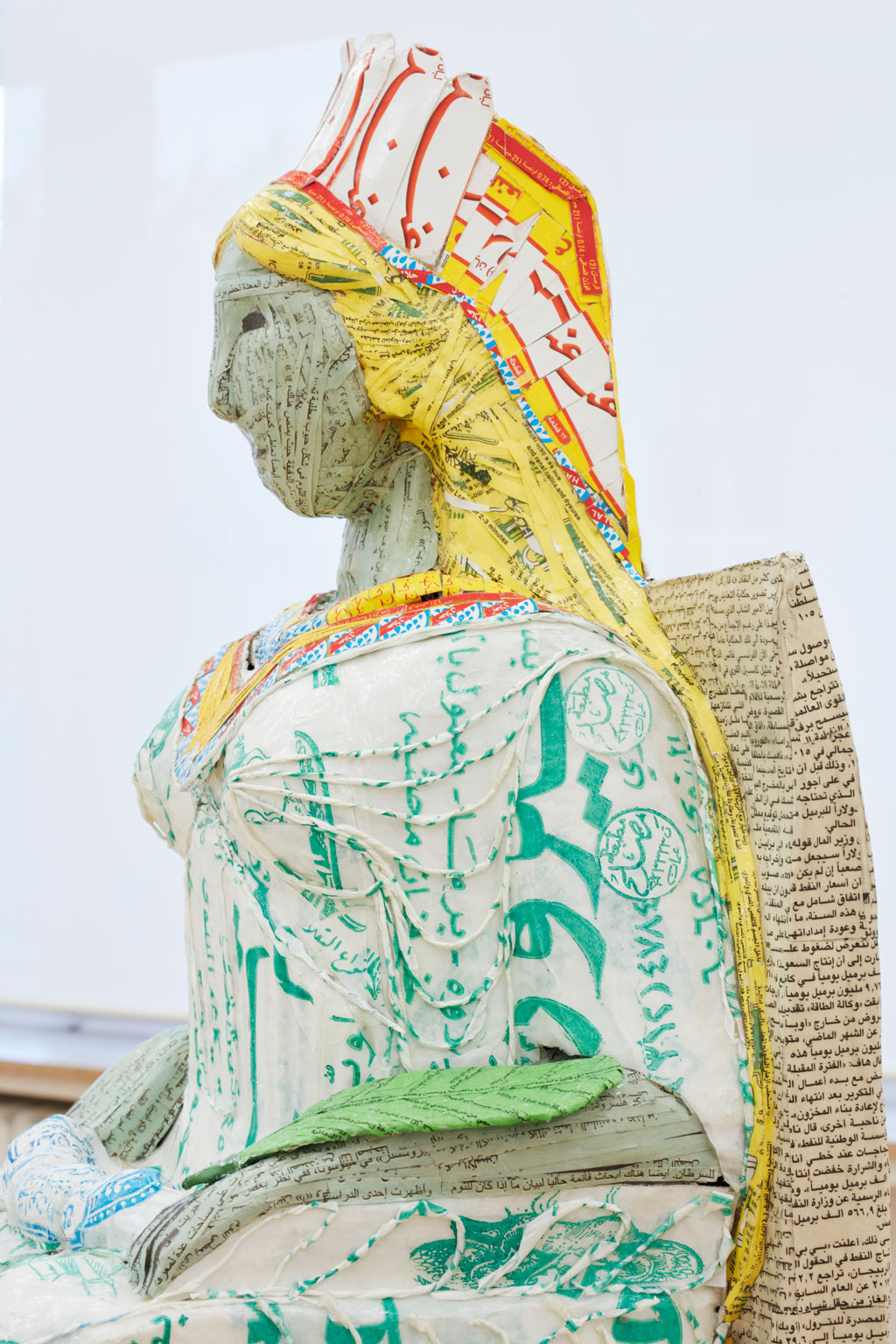 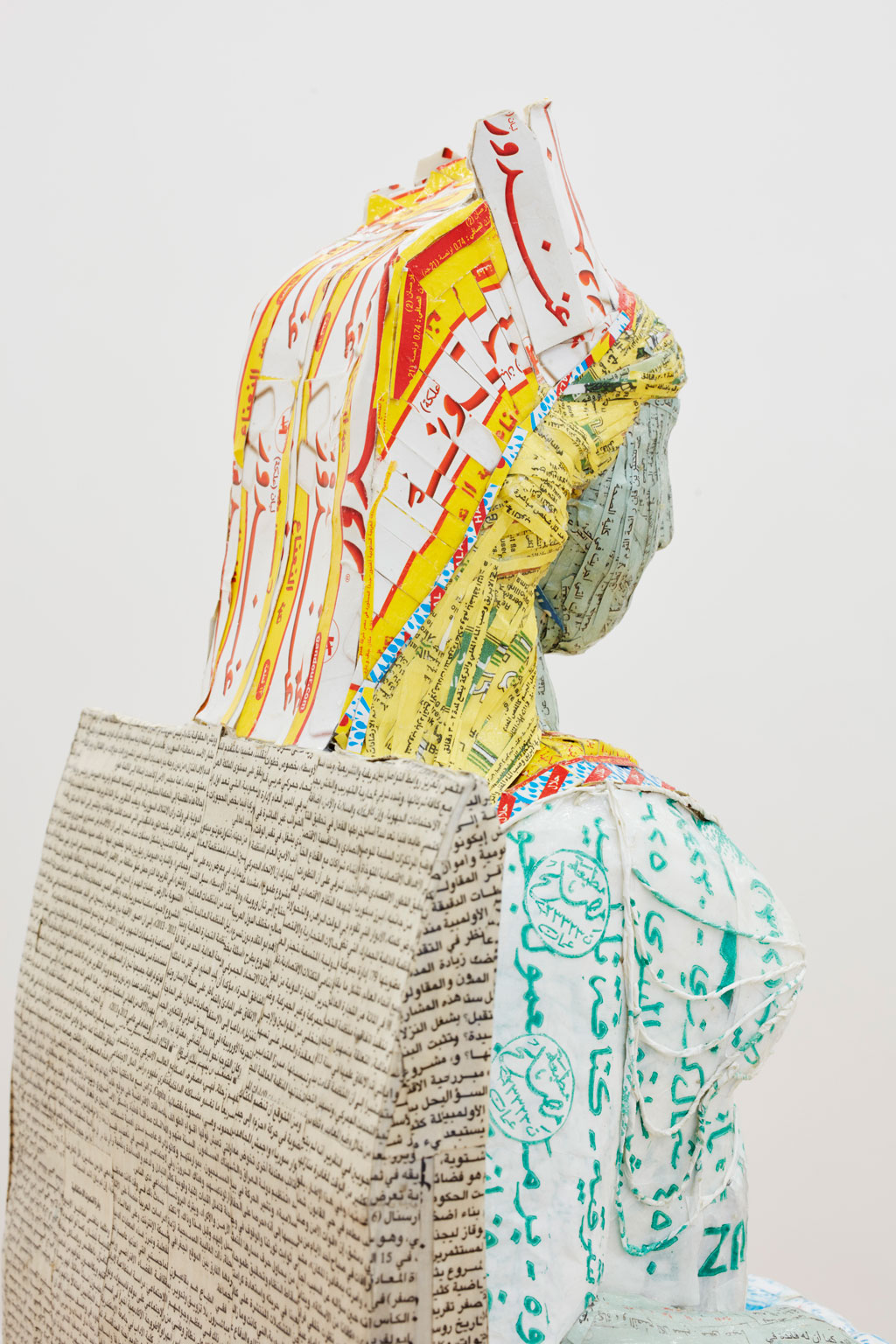 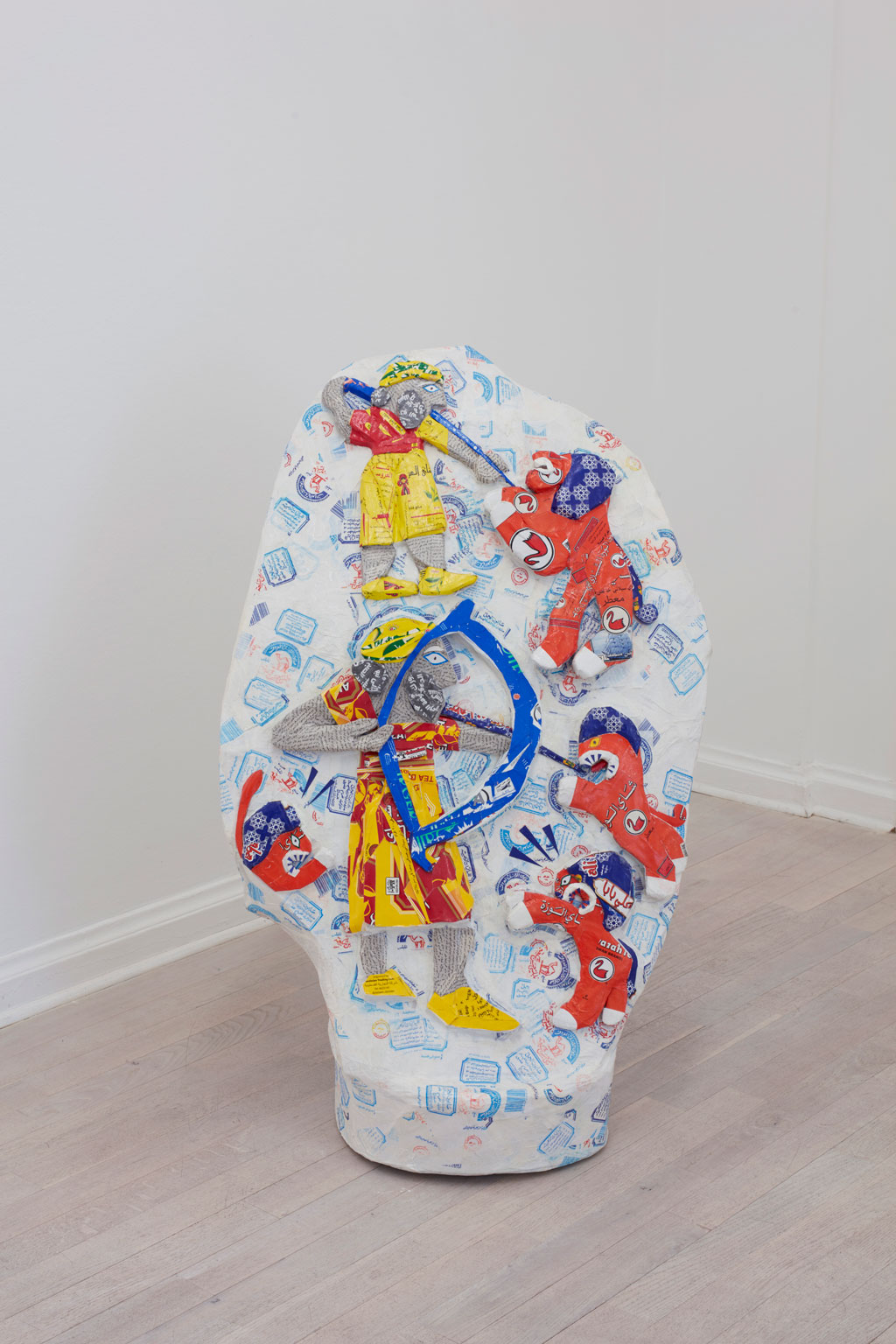 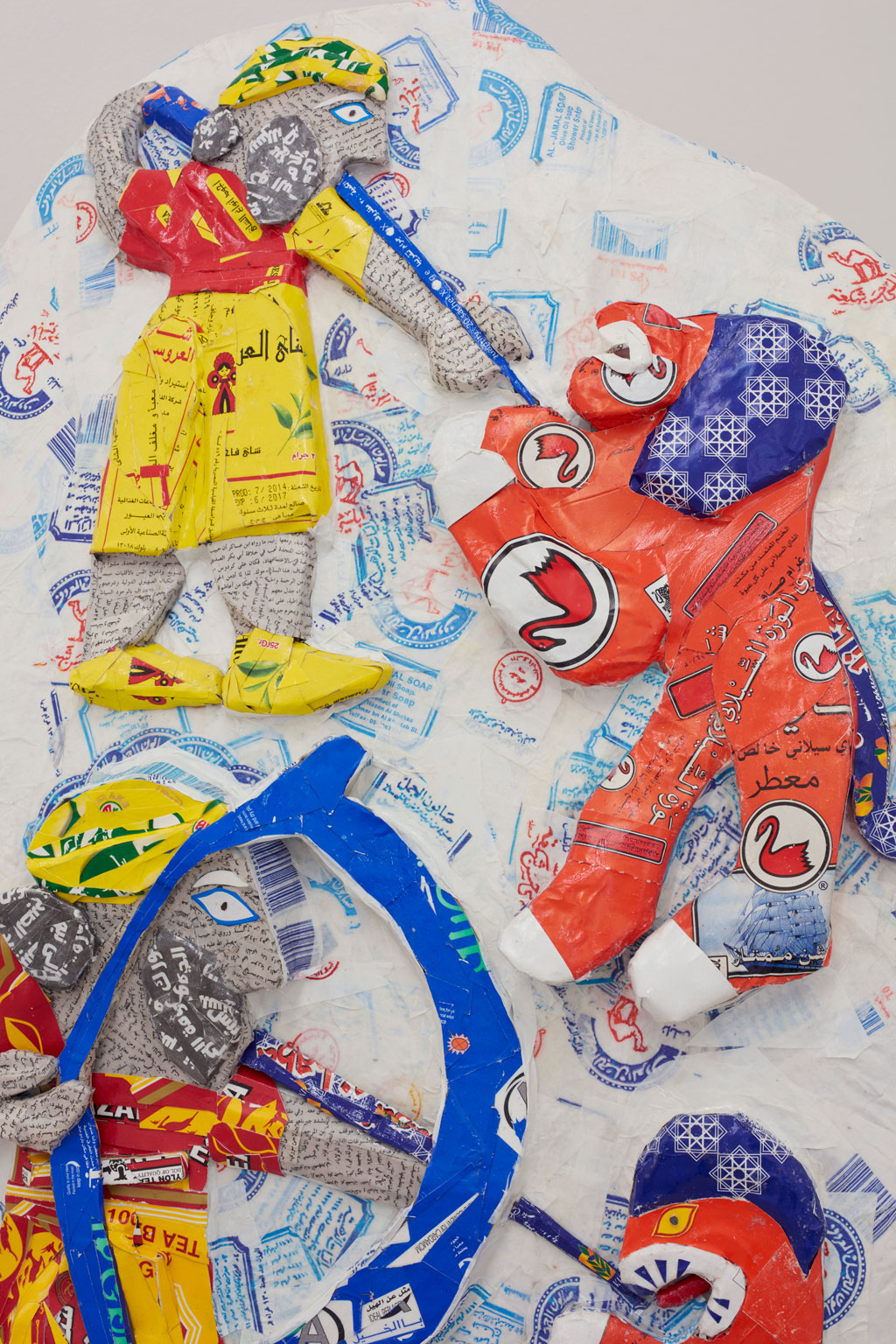 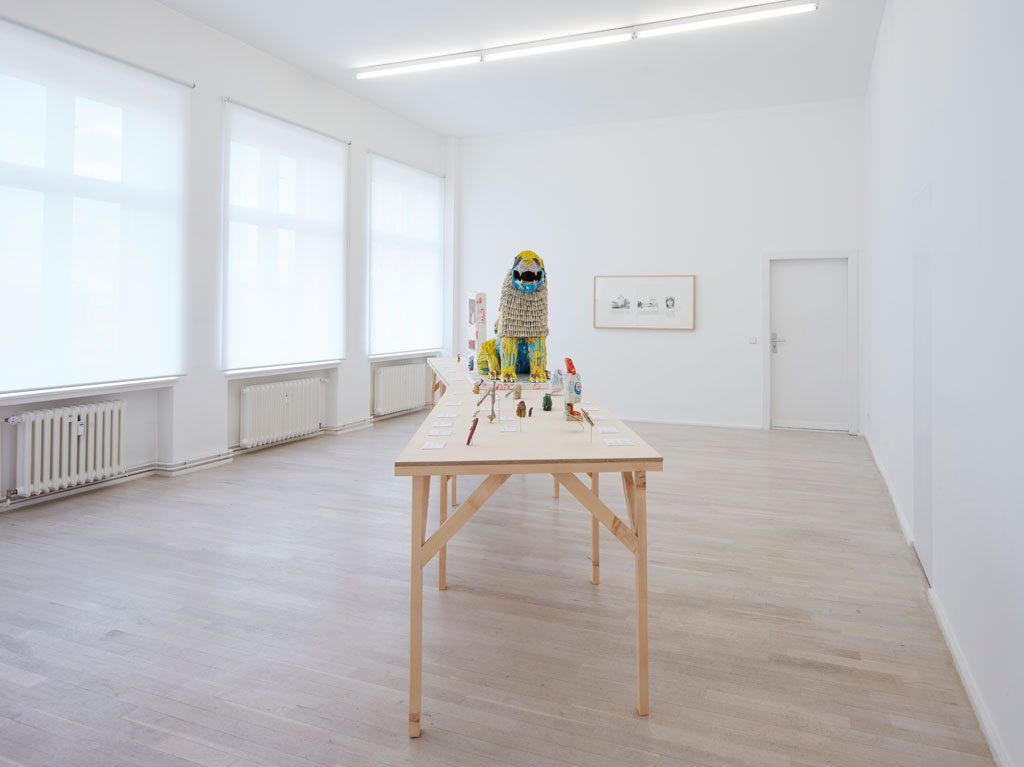 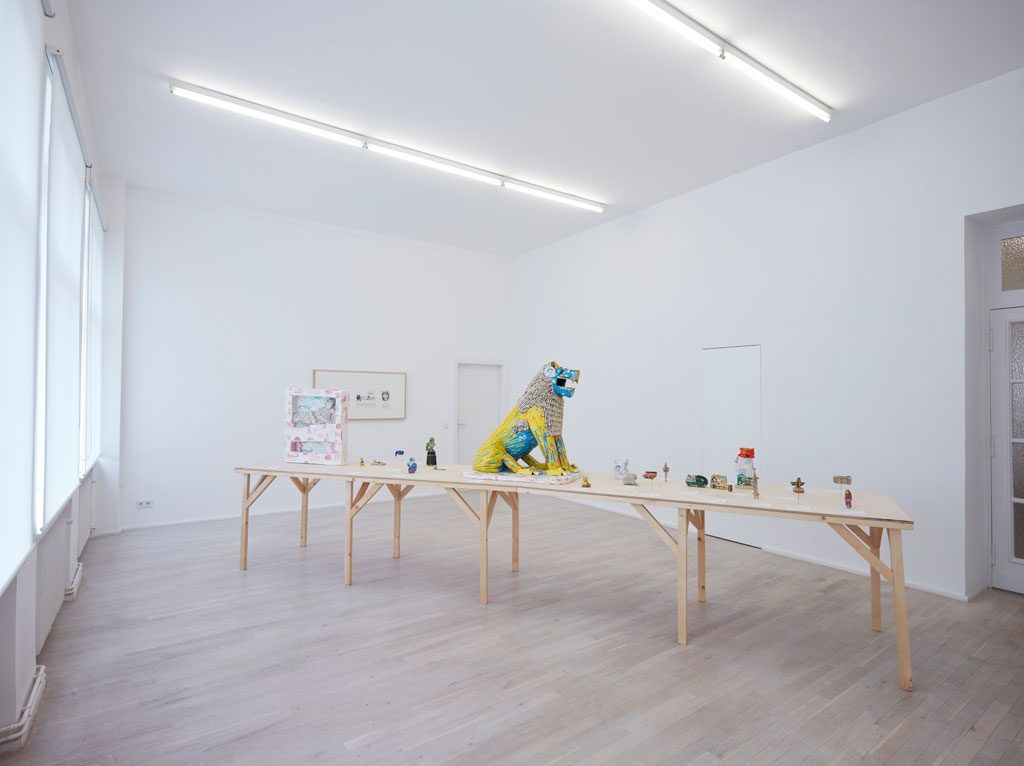 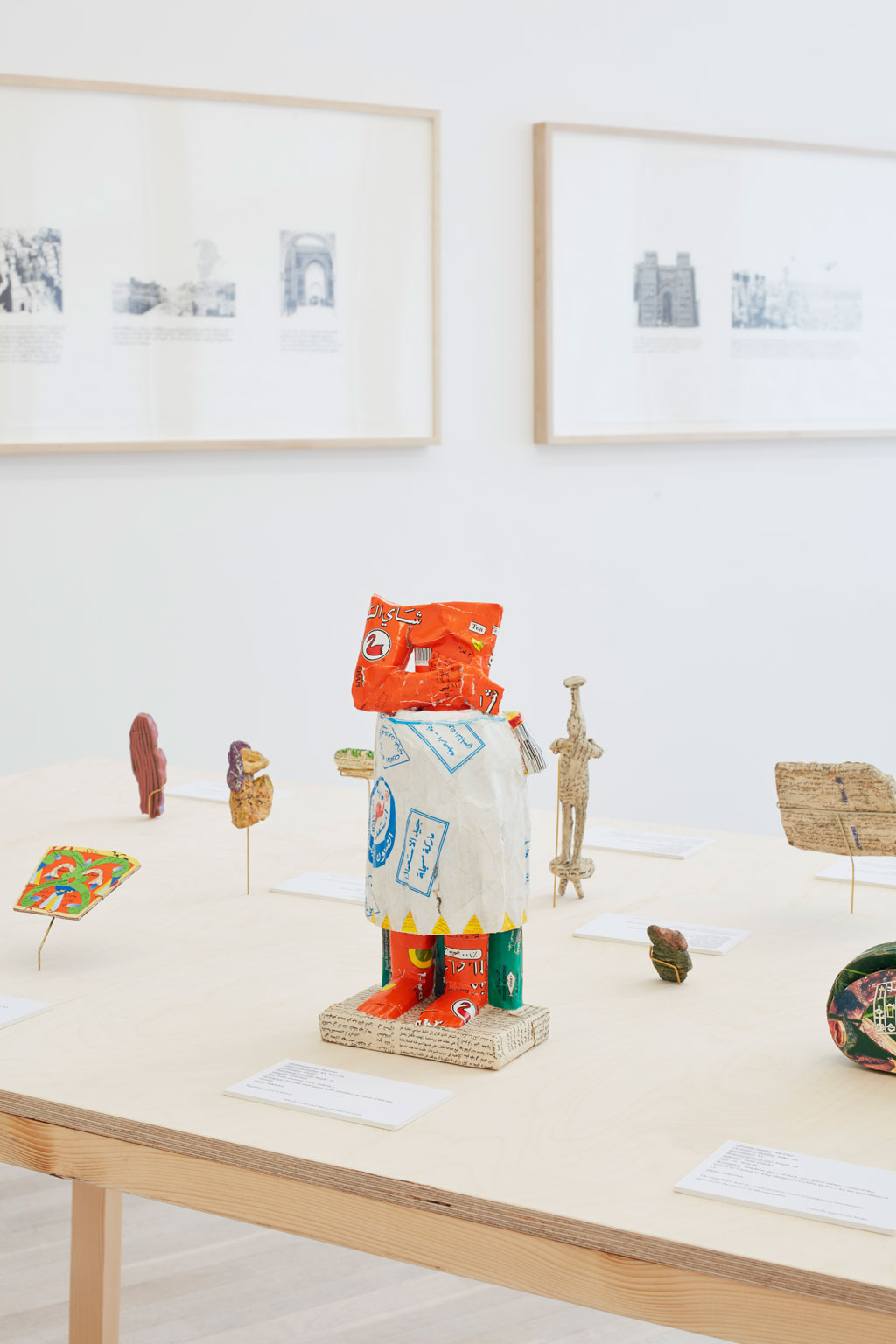 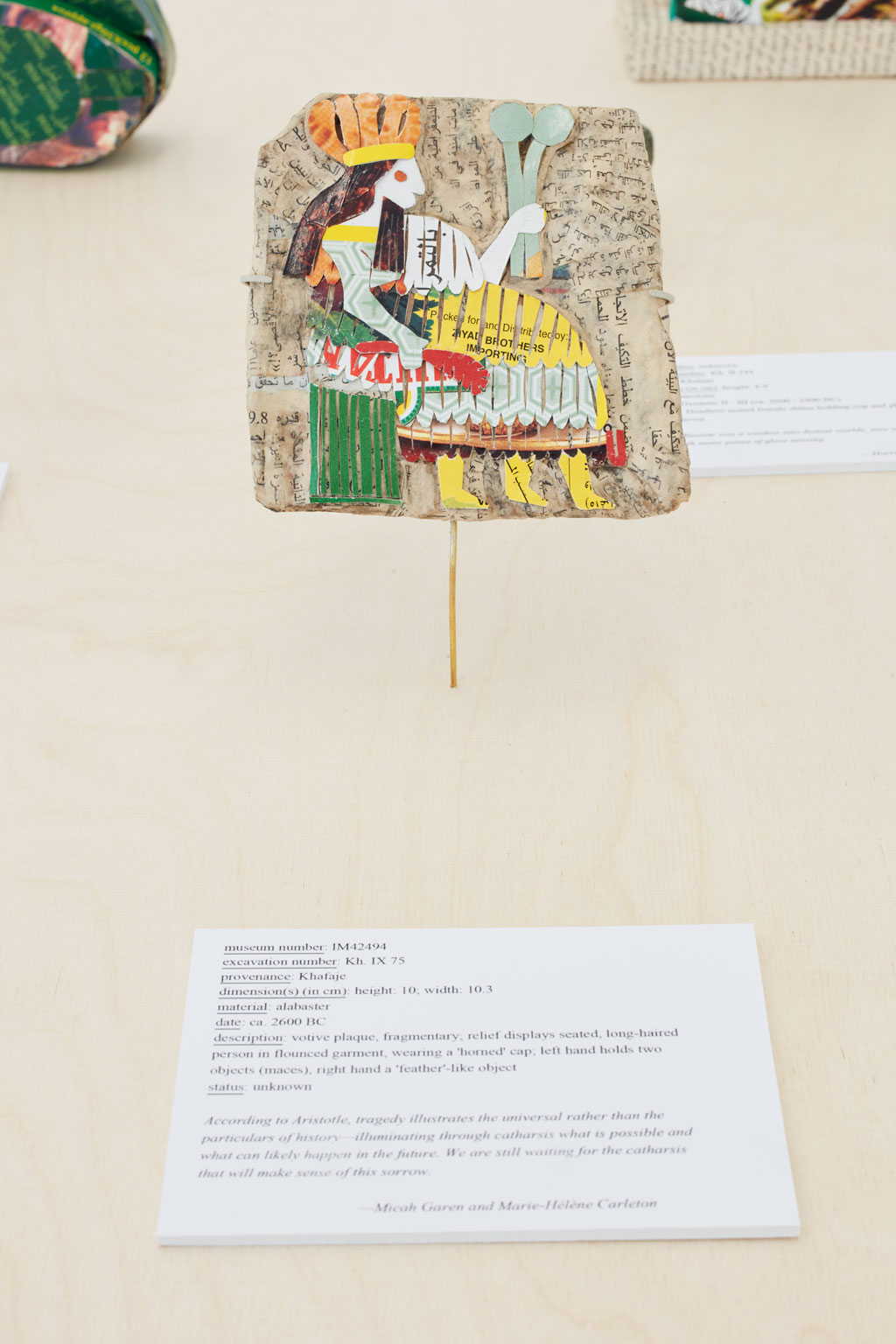 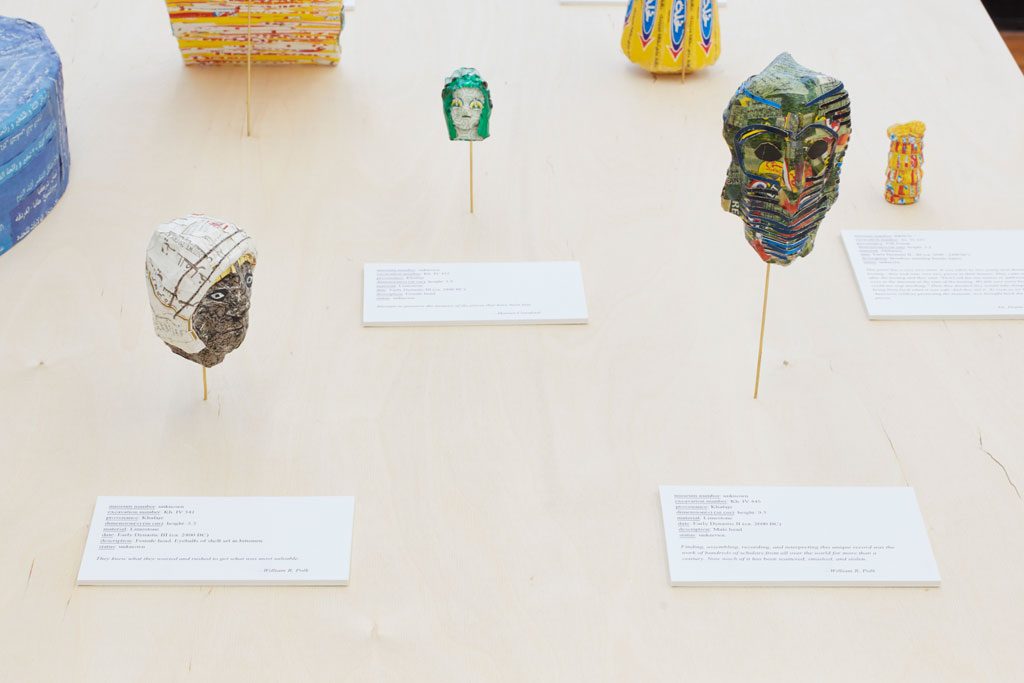 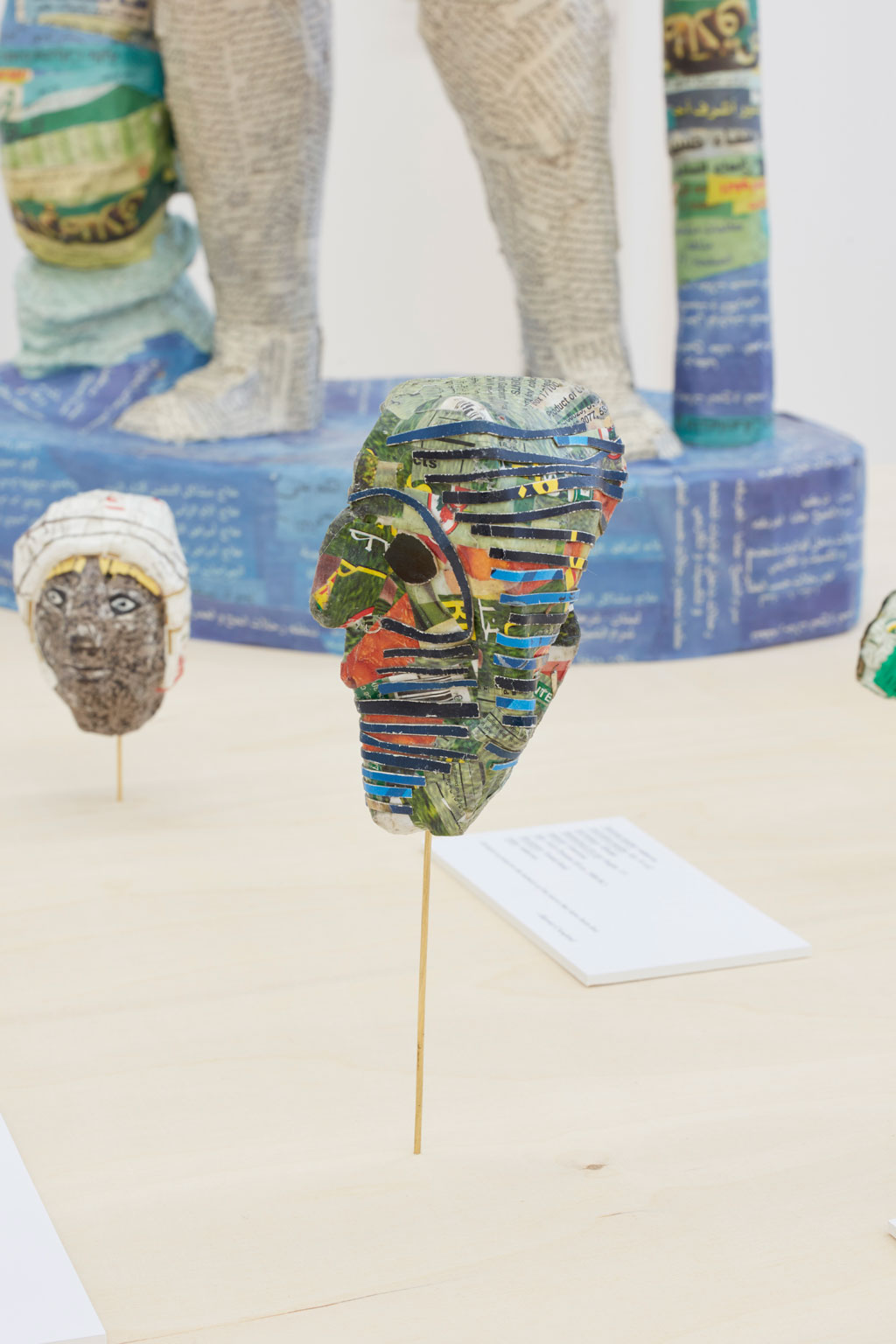 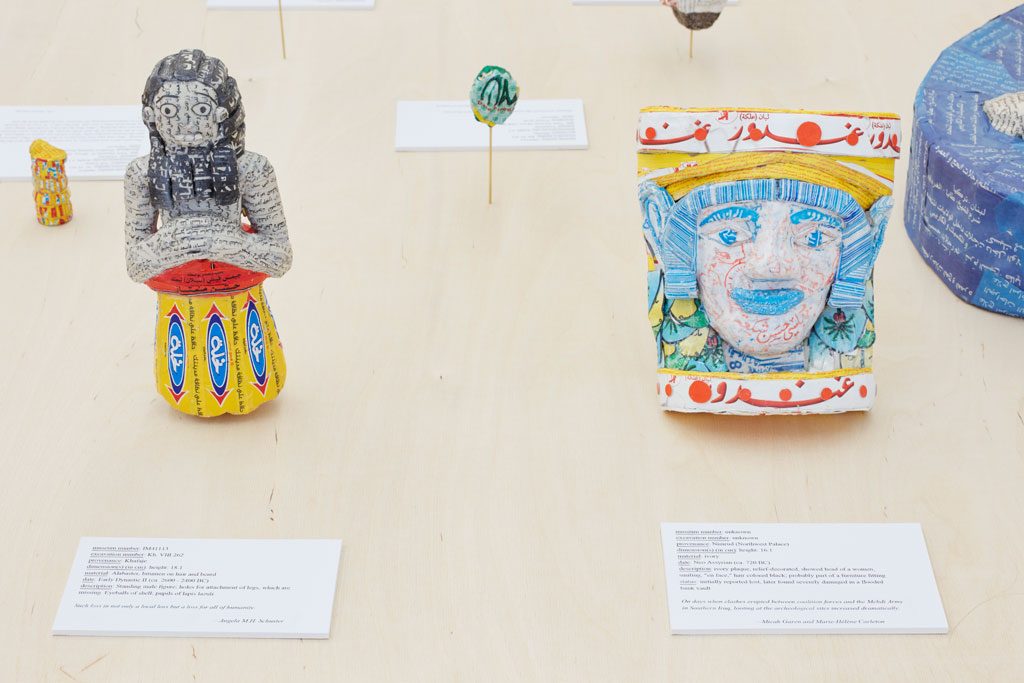 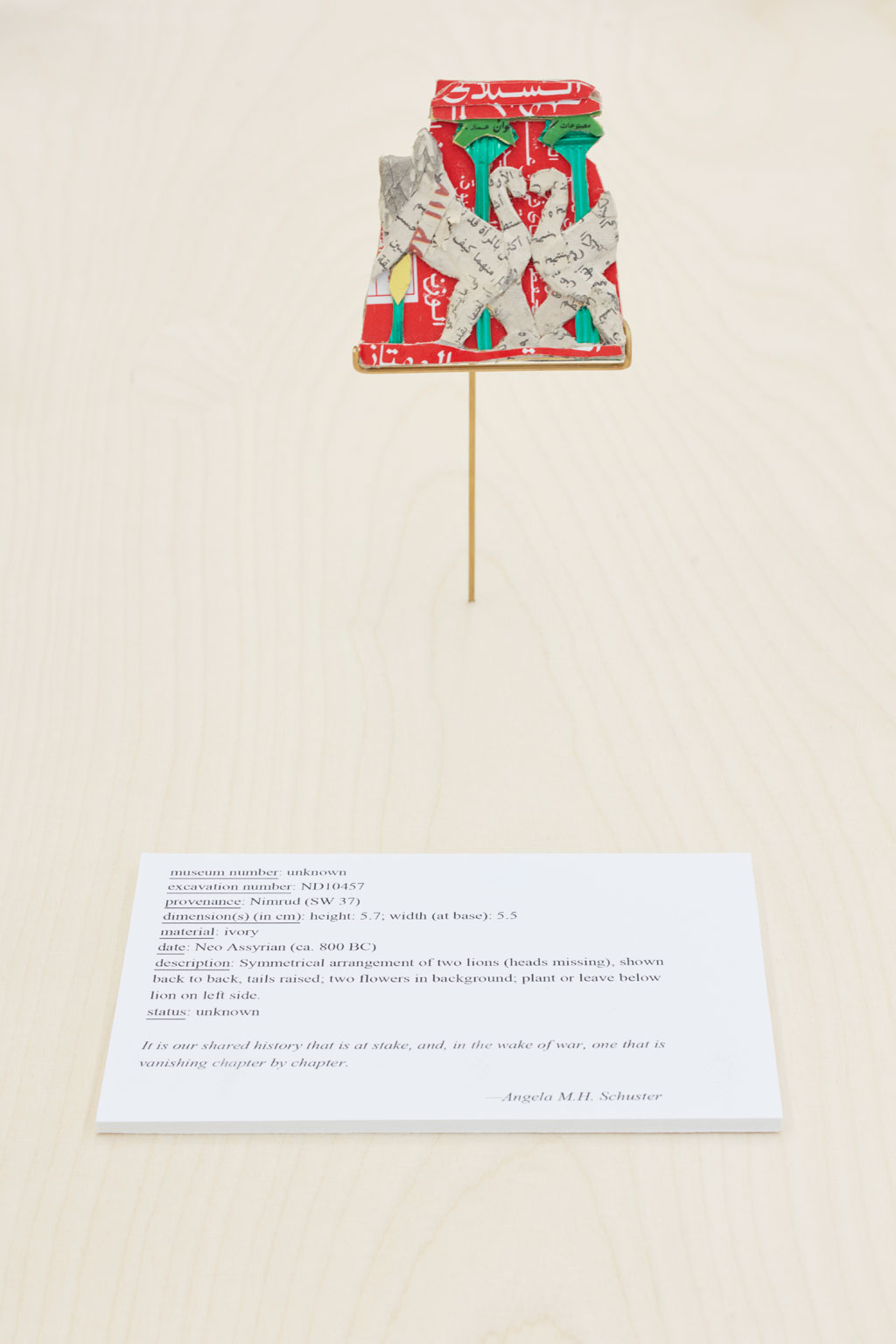 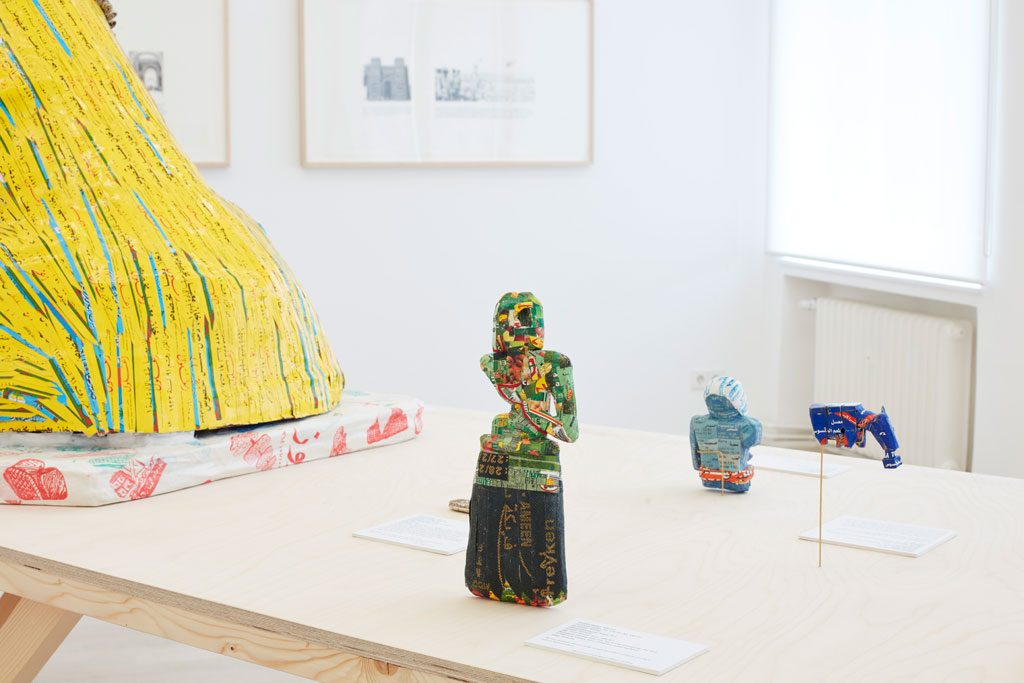 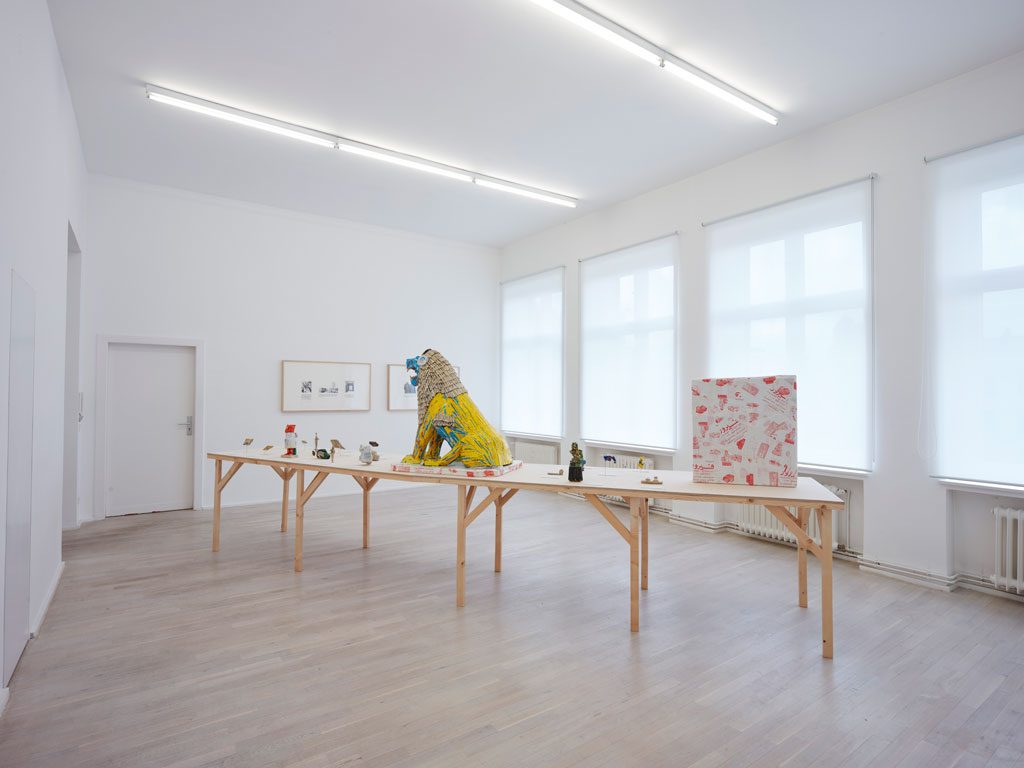