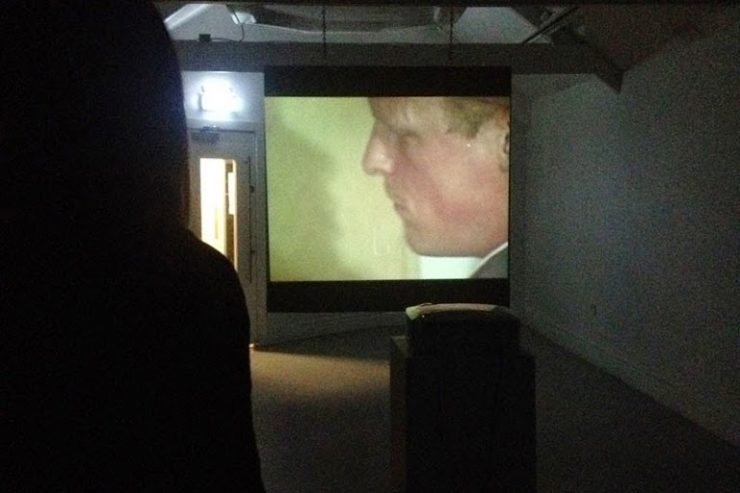 Delusion is a Refuge, A Refuge Under SiegeOn March 11, 2012 an article written by Nicky Larkin, someone I’ve counted amongst my friends for the last few years, appeared in the Sunday Irish Independent. I was taken aback by the title: Israel is a Refuge, A Refuge Under Siege , and thought hopefully there must be more to it than that. See, Nicky received a generous film project award from the Arts Council for €32,400 to create a documentary called Forty Shade of Grey. It’s… Read More »

In Response to TRUTHs (+BILLION-‘s new space for opinionated ‘TRUTH’)TRUTH 1. The Critic and/or/vs the Artist by James Merrigan 6 January 2012 By Darren Caffrey Access to the work of any art is a means of accessing the stones and balls and bits of everything which go to make it. Flesh included. Flesh and all life. I wonder as to the nature of any man, who when composing his story, precludes the very essence of his principle truth. Primary to the finding of form is… Read More »

The State of It 2 The Top 5 Best and Worst of Galway’s Visual Arts 2010 By Jim Ricks As the thaw sets in and the first week of 2011 passes, I reflect back on some of Galway city’s strengths and weaknesses of last year. It was a difficult, if not bleak year for many of us. It was a year of economic crisis, budget cuts, freezes, unemployment and… did I mention depression? But fortunately the arts continue to march on. The national budget reflected… Read More »

Are we living in the end times? Slavoj Zizek, the philosopher and cultural critic, on the collapse of society and the failure of capitalism. From Riz Khan, Al Jazeera

The Roads of Galway By Simon Fleming Recent letters to the editor in the Galway Advertiser (Cycling on pavement is wrong — end of story, March 18, 2010, etc.) have complained about cyclists in pedestrian zones. But in fairness, while cyclists must abide by road rules, the roads of Galway are simply unsafe for everyone. The reasons are numerous: too many cars, medieval-era roads, crowds of pedestrians; no bike lanes and inadequate footpaths; limited and unreliable bus service; and an epidemic of under-penalised violations by… Read More »

The Loss of Galway City’s Public Arts officer An Open Letter from Aideen BarryDear Artists and Arts Organisations of Galway, I am sending you this email to address a concern I have and one that I think is going to become a major concern for Galway into the future. Recently Megs Morley’s contract was not renewed by Galway City Council. Megs was appointed Public Arts officer over 36 months ago and in that time she has committed her all to the development of Public Art… Read More »

The State of It The Top 5 Best and Worst of Galway’s Visual Arts 2009 By Jim RicksAs 2009 draws to a close this evening it’s a perfect time to review the city’s successes and failures in the last 12 months. The year was mainly characterized by the shadow of recession and more specifically Arts Council cuts. Unfortunately, the generally marginalised role of the visual arts in the Galway arts scene was the first to be challenged and see support diminish. The limitations of the… Read More »

Frieze-ing in London Part 2: post-face by Stephanie Syjuco The second installment of a semi-diaristic series of entries relating to travels and exhibitions in London and New York during October 2009. Read part 1 here Gahhhhh! Well, I have utterly failed in my attempt at providing intrepid behind-the-scenes reporting from the front lines of the Frieze Art Fair in London, and for that I am woefully sorry. Yes, it came and went (October 14 – 18), and alas, I was not the journalistic gadfly that… Read More »

A long overdue reply to Artist Lee Welch By Simon Fleming I received an email from Artist Lee Welch in response to my review of his show at the Galway Arts Centre the other day. You can read my review here, and here is Mr Welch’s letter. Hi Simon, I hope all is well. Just wanted to drop a few lines in regards to At the still point of the turning world. I am not sure what you felt like you were missing? Hitchcock is… Read More »