Tulca 2009 Our need for consolation is impossible to satiate Curated by Helen Carey November 6 – 21, 2009 by Simon Fleming Working my way through this year’s video heavy Tulca I couldn’t help but think what a strange theme for a festival. How was Tulca going to address this and why is it impossible to fill? And what did it have to do with this year’s roster of artists? So, with that insatiable need for comforting in mind I began my tour. On the… Read More »

Frieze-ing in London Part 2: post-face by Stephanie Syjuco The second installment of a semi-diaristic series of entries relating to travels and exhibitions in London and New York during October 2009. Read part 1 here Gahhhhh! Well, I have utterly failed in my attempt at providing intrepid behind-the-scenes reporting from the front lines of the Frieze Art Fair in London, and for that I am woefully sorry. Yes, it came and went (October 14 – 18), and alas, I was not the journalistic gadfly that… Read More » 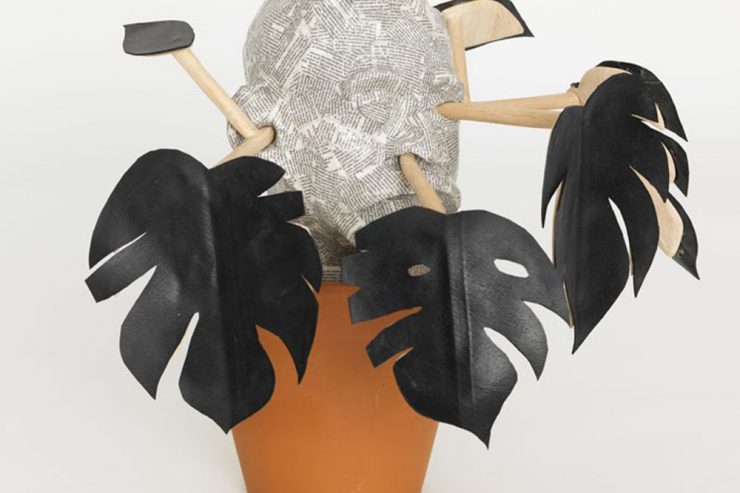 On the ground floor gallery off of IMMA’s courtyard, the viewer enters a carefully constructed and haphazard installation called Death Drive (interrupt the circular logic of re-establishing balance because he is the lowest outcast), 2009. The room has plywood ‘strewn’ about it with automobile wheel markings on the surface. The edges of the timber are carefully worked back to give the illusion that the timber has been broken (yet into manageable bits). The piece recalls some of Phelan’s prior work and interest in ‘boy racer’… Read More »

A long overdue reply to Artist Lee Welch By Simon Fleming I received an email from Artist Lee Welch in response to my review of his show at the Galway Arts Centre the other day. You can read my review here, and here is Mr Welch’s letter. Hi Simon, I hope all is well. Just wanted to drop a few lines in regards to At the still point of the turning world. I am not sure what you felt like you were missing? Hitchcock is… Read More »

‘A pastiche of unconnected things’   The Galway Arts Festival (GAF) visual art programme was thin this year. Rejecting many of the local arts organisation’s proposals for inclusion or partnership, the festival even dropped the University’s gallery show from the list in a development that shows a swing away from involvement with contemporary art, socially engaged arts practices and the work of active local art groups and individuals. It is a move towards a lowbrow visual art that encompasses design, advertising, entertainment and easy accessibility… Read More »

Place Placeness Perception Chris Attenborough and Angel O’Leary Burren College of Art MFA Show, Co. Clare April 2009 by Phillina Sun This spring’s earliest and smallest MFA show was to be found deep in the west of Ireland at the Burren College of Art. The two graduates, Angel O’Leary and Chris Attenborough, find common ground with a reduced, if not post-minimal, aesthetic at times, but unsurprisingly they diverge on subject matter and approach. Indeed, this is the nature of all degree and graduate shows, however… Read More »

TULCA, Galway’s annual visual arts festival, usually a time of great excitement in the shortening days of November, was an occasion for disappointment in 2008. The curatorial decisions were bold, but fundamentally conservative, despite a few interesting choices. Still from Jun Nguyen Hatshushiba’s video Memorial Project Nha Trang, Vietnam: Towards the Complex I had initially assumed that TULCA was a critique of I-Podism (i.e. the super-saturation of images, videos, and music via such technologies as the I-Pod in a period of globalalised capitalism). According… Read More »

Accumulations Niall de Buitléar 126, Galway August 21 – September 13 2008 by Frank Brannigan “Accumulations is an exhibition of sculpture and drawing that have been produced through the labour intensive accumulation of simple elements. The sense of growth of the work over a period of time is essential” It seems apt to observe this exhibition at 126, which is situated within the matrix of an industrial estate from whose stark utilitarian wholesale outlets, garages, warehouses, machine shops, etc. the artist may have plucked his… Read More »

I’ve seen your bravery and I will follow you there Linda QuinlanGalway Arts CentreJune 6 – July 5, 2008by Frank BranniganCurator and critic Joseph R. Wolin describes Linda Quinlan’s work as “an ensemble of exquisite and precisely calibrated contingency” in the exhibition’s accompanying essay. The challenging range of work in the exhibition: watercolours, assemblage sculpture, photographs and video are elegantly if not sparsely laid out with the implicit intention to give much contemplative space to each piece. Upon entering the space, you sense that you… Read More »